Richard Healy – Guitar
by deltawires on March 4, 2017 in Band Members 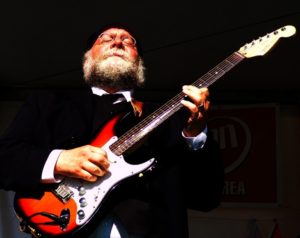 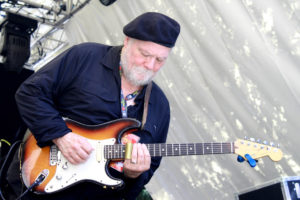 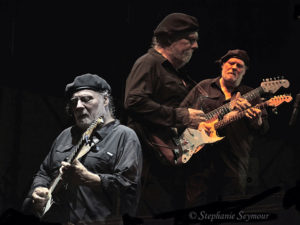 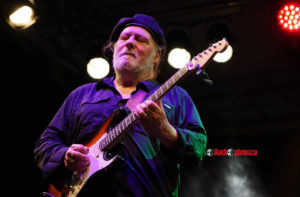 Richard Healy is a phenomenal guitarist who, after subbing periodically with DELTA WIRES over the years, finally joined full-time in 2003. Under the influence of a musical mother, grandfather, and uncle (who played drums for Lawrence Welk, “I loved him anyway”), Rich started playing guitar at the age of 10. His early influences were Bill Haley, Del Shannon, Fats Domino, and Elvis, then later the Beatles, Sons of Champlin, James Brown, Paul Butterfield and James Cotton. As a teenager he was heavily influenced by Jimi Hendrix, Wes Montgomery, and Kenny Burrell. He studied guitar for several years with Jerry Hahn (of Gary Burton and John Handy), and studied Jazz Theory with Tom Coster (of Santana).

He started playing gigs at the age of 12, and has done everything from rock, to country, to Jazz, to blues, to Big Band gigs for all the major contractors in the major hotels of San Francisco. He played in The College Of San Mateo Big Band under the direction of Dick Crest and won the “Best Soloist” award in the national College Big Band Competition in Champaign, Illinois. After transferring to San Francisco State he played in the Big Band there also. Rich has played on many recordings as a sideman in both LA and San Francisco, and has just finished a CD project with Melvin Seals (of the Elvin Bishop Band and Jerry Garcia Band for 20 years). Rich has been teaching guitar since he was 19, and currently teaches at Gelb Music in Redwood City and Wollmers Music in San Mateo, as well as a music instructor at St. Mathews Catholic School in San Mateo. Before joining Delta Wires in 2003, Rich worked with San Francisco blues singer Beebe Price, and throughout the years has worked or shared the stage with Mike Bloomfield, Herbie Hancock, John Lee Hooker, Boz Scaggs, Dan Hicks, Sons Of Champlin, Charles Lloyd, Lenny Williams (Tower of Power), Al Martino, Ray White (Frank Zappa), Frank Martin (producer), Chris Camozzi (Michael Bolton), Tom Coster (Santana), Peter Tork, Norman Greenbaum, and Mingo Lewis.

His philosophy in playing music is simple: “I want my music to come from my heart and to give people a few hours relief from the troubles they may encounter during their day – I give each show all I have!”. See Richard perform and you’ll soon realize there’s NO DOUBT ABOUT THAT!