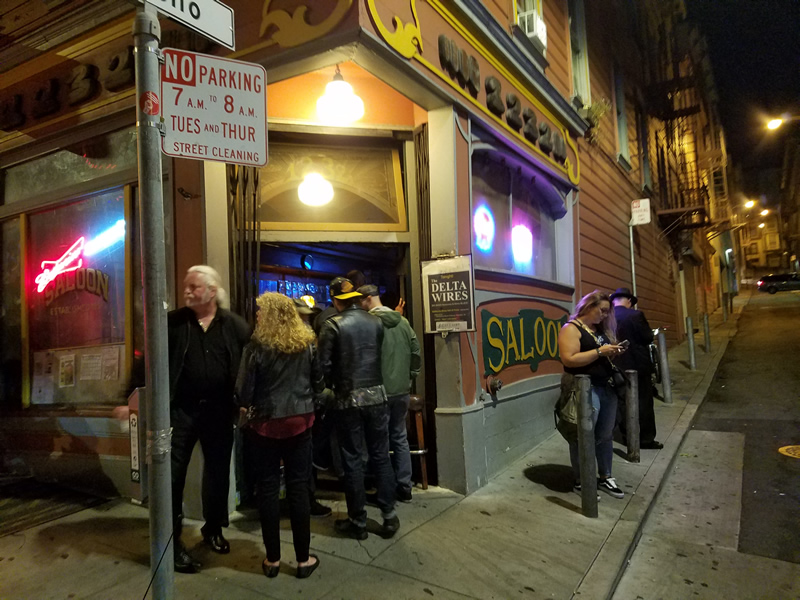 The oldest bar in San Francis9co, The Saloon first opened in 1861, and has been in continuous operation ever since. The building looks very much the same as it does in photographs from the 1870s. The elaborate wooden bar which is currently in use was installed in the 1860s, and was constructed outside of America and later shipped to San Francisco. The Saloon is located in the North Beach neighborhood of San Francisco, although in the 1860s its location occurred near the northern border of the Barbary Coast district. During that time the Barbary Coast had scores of dance halls and concert saloons. In 1906 San Francisco experienced a devastating earthquake and subsequent fire which destroyed most of the buildings in the area. Legend has it that a U.S. Navy frigate which was stationed on the northern waterfront extended a fire hose over Telegraph Hill and pumped water from the bay to fight the flames, thus protecting The Saloon.

DELTA WIRES performs at the Saloon about once a month.